FICIL Executive Board meets with the President of Latvia Mr. Egils Levits

On November 24, FICIL Executive Board met with the President of Latvia Mr. Egils Levits to discuss and exchange opinions on how to reduce fragmentation in the public sector and improve the efficiency of the state administration.

Recognizing the public sector’s inefficiency when it comes to governance over cross-sectoral issues, the President shared his view on modernising state administration and introduced his legislation initiative that was submitted to Saeima on the same day. The initiative proposes establishing the position of State Ministers, who would be appointed by the Cabinet of Ministers to ensure efficient implementation of cross-sectoral priorities.

Taking note of the President’s proposal, FICIL Board pointed out that for several years FICIL has been stressing the necessity to centralise the planning, implementation and coordination of policies in digitalisation. Similarly, when it comes to the implementation of Green Deal in Latvia, FICIL representatives highlighted that it, too, requires centralised policymaking, harmonisation of actions and goals, efficient use of resources, as well as strict division of responsibility among the involved actors.

FICIL Board members expressed that the ambition level of the State must increase and the challenges surrounding digitalisation and green economy must be used as opportunities to advance the competitiveness of Latvia. This requires decisiveness, long-term planning and data-based decision making from the policy makers, which, in turn, must result in clear and detailed plans about Latvia’s direction for the upcoming decades. FICIL argued that there is an imminent need for a comprehensive state administration reform to ensure that the public sector is able to keep up with the pace of developments. Importantly, such a reform should come after an extensive independent audit of the current system.

FICIL also shared its view on the education system and reiterated its recommendations for improvements in the lifelong learning and requalification system, as this is another heavily fragmented area.

FICIL and President Levits are engaged in an ongoing dialogue, having previously discussed topics such as the economic impact of the pandemic, rule of law, priorities in the use of funds provided by the Recovery and Resilience Facility, including digitalisation, Green Deal, and investments in education and science. 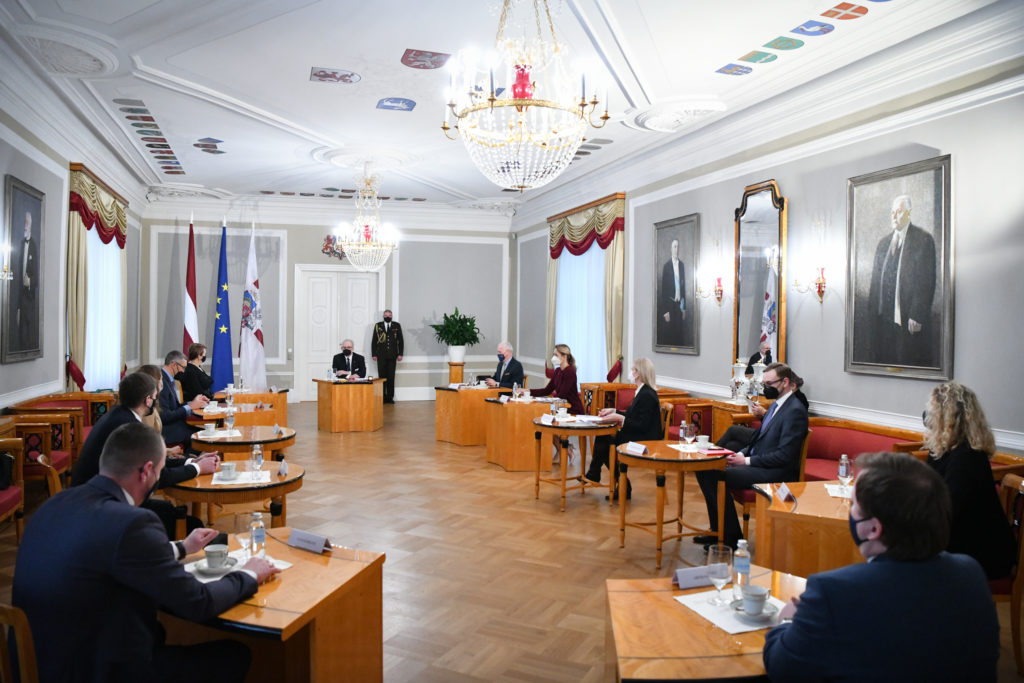