FICIL Sentiment Index was first launched in 2015 by FICIL in cooperation with SSE Riga. The key aim of the Index is to foster evidence-based policy decisions and promote a favourable investment climate in Latvia. In 2021, we launched the sixth consecutive report, which is based on a survey: mini case studies of foreign investors. 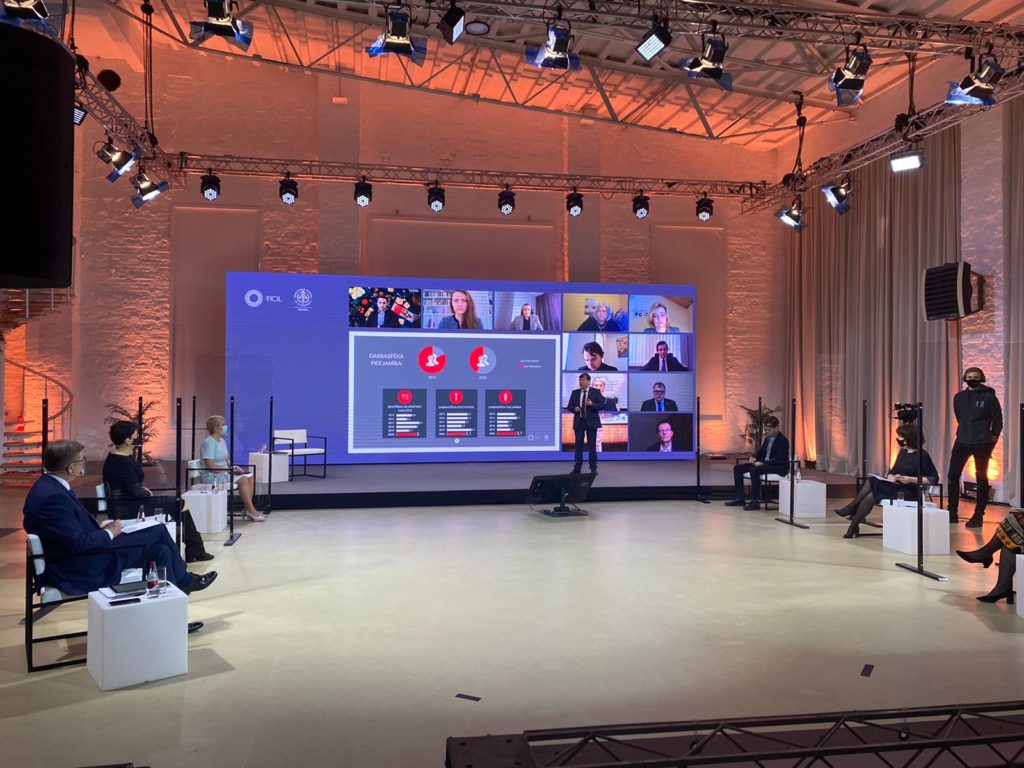 In 2020, FICIL together with Dr. Arnis Sauka from SSE Riga carried out its sixth consecutive Sentiment Index research. In addition to the usual topics, the research also provides the investors’ viewpoint on the challenges caused by the Covid-19 pandemic and the best course of action for economic recovery. Executives from 44 companies participated in the interviews, representing the key foreign investors in Latvia. These companies constitute 16% of Latvia’s tax revenue, 13% of total profit and employ 10% of the total workforce out of all companies that have a turnover above EUR 145 000 and at least 50% foreign capital (Lursoft, 2019).

This is the fifth consecutive report, which is based on a survey: mini case studies of foreign investors. From September to early November 2019, we interviewed 47 senior executives representing key investors in Latvia, which contribute significantly to Latvia’s economy with almost fourth (23%) of taxes paid by companies, 9% of the total profits and employing more than a tenth (11%) of the total workforce in all companies with an annual turnover above 145 000 EUR and 50% foreign capital (data from Lursoft). For the fourth year in a row, FICIL carried out the FICIL Sentiment Index research together with Dr Arnis Sauka from SSE Riga. 40 companies were interviewed – these companies (including their subsidiaries) contribute to 9% of Latvia’s total tax revenue, 18% of total profit and employ 4% of the total workforce out of all companies above a 145000 EUR turnover and 50% foreign capital (data from Firmas.lv). Altogether, the number of companies in which foreign capital accounts for at least 50% and whose turnover exceeds EUR 145 000 represents one fifth of all Latvian companies, paying 48% of all taxes in the country, as well as employing 27% of workers. In the year 2017, foreign investment in Latvia has increased significantly – in the first nine months of 2017, investments increased to 710 million euros. In comparison to 2016, net flows increased almost 5 times. On January 10, 2018, the Foreign Investors’ Council in Latvia presented the annual FICIL Sentiment Index 2017, which was created in co-operation with Dr. Arnis Sauka, Associate Professor at Stockholm School of Economics (SSE Riga). From September to the beginning of October 2016 we interviewed the same 24 companies that took part in the 2015 study. In addition, 8 new companies took part in 2016 study; thus, in total, 32 foreign investors in Latvia participated in the 2016 study. Altogether, these companies represent more than 30% of the total foreign direct investment in Latvia and contribute to more than 10% of Latvia’s total tax revenue.

This was the first Sentiment Index. The methodology for the research was discussed within FICIL Sustainable Economic Development work group, which contributed to the further development of the interview guidelines used in the mini case studies. It got valuable insights on the investment climate in Latvia. Companies that had made the decision to invest in Latvia shared with us their analysis of the investment climate in Latvia, their plans for future investments and their key concerns